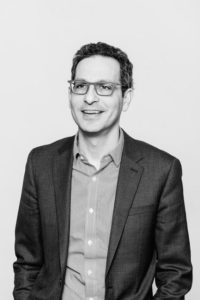 The Refugee Council, one of the leading charities working with refugees in the UK, has appointed Enver Solomon as its new Chief Executive. He will take up the post in December 2020.

Enver brings a wealth of experience on issues relating to refugees and asylum seekers.  He joins from Just for Kids Law, a youth charity working with disadvantaged children and young people where he is the CEO. Enver has also held senior management roles at the National Children’s Bureau, The Children’s Society, Barnardo’s, the Centre for Crime and Justice Studies and the Prison Reform Trust. Enver has been on advisory boards for the Department of Education, HM Inspector of Prisons and the Office of the Children’s Commissioner as well as chairing a number of cross sector coalitions including the End Child Poverty Campaign and the Standing Committee for Youth Justice. He also served for five years as Chair of Trustees at the charity Asylum Aid.

“The Refugee Council is a national institution that delivers vital services to refugees and people seeking asylum, including unaccompanied children and young people, and I am honoured to be taking over as the new Chief Executive.

The UK has a proud tradition of providing protection for those fleeing war, persecution and human rights abuses. As we approach the 70th anniversary of the UN convention on refugees next year, there has never been a more challenging or interesting time to join the Refugee Council. I look forward to working with all the organisation’s partners and supporters to shape and influence the public debate on refugees and to make sure their voices are at the heart of it.”

Andrew Halper, Chair of Trustees at the Refugee Council, said:

“We are delighted that Enver Solomon is taking up this vital leadership role for the Refugee Council and the board very much looks forward to working with him. Enver is a leader who is tenaciously dedicated to the disadvantaged. His experience of the legal and wider humanitarian aspects of refugee and asylum issues, his leadership on youth and justice issues, and his commitment to building partnerships will strengthen the Refugee Council and the sector in the years ahead. His experience will ensure we not only develop and improve essential services for thousands of refugees across the country, but that the voices of refugees and of the Refugee Council shape the debates that affect our clients the most.

I’d also like to say a heart-felt thank you to Maurice Wren, on behalf of everyone at the Refugee Council, for eight years of distinguished leadership. His dedication to championing the rights of refugees and people seeking asylum, and his unique ability to bring out the best in people, has enabled the Refugee Council to go from strength to strength during his tenure.”

The Refugee Council stands up for the rights of refugees and those who are seeking safety in Britain. For nearly 70 years, we have directly supported and empowered refugees in Britain to lead safe, dignified and fulfilling lives.